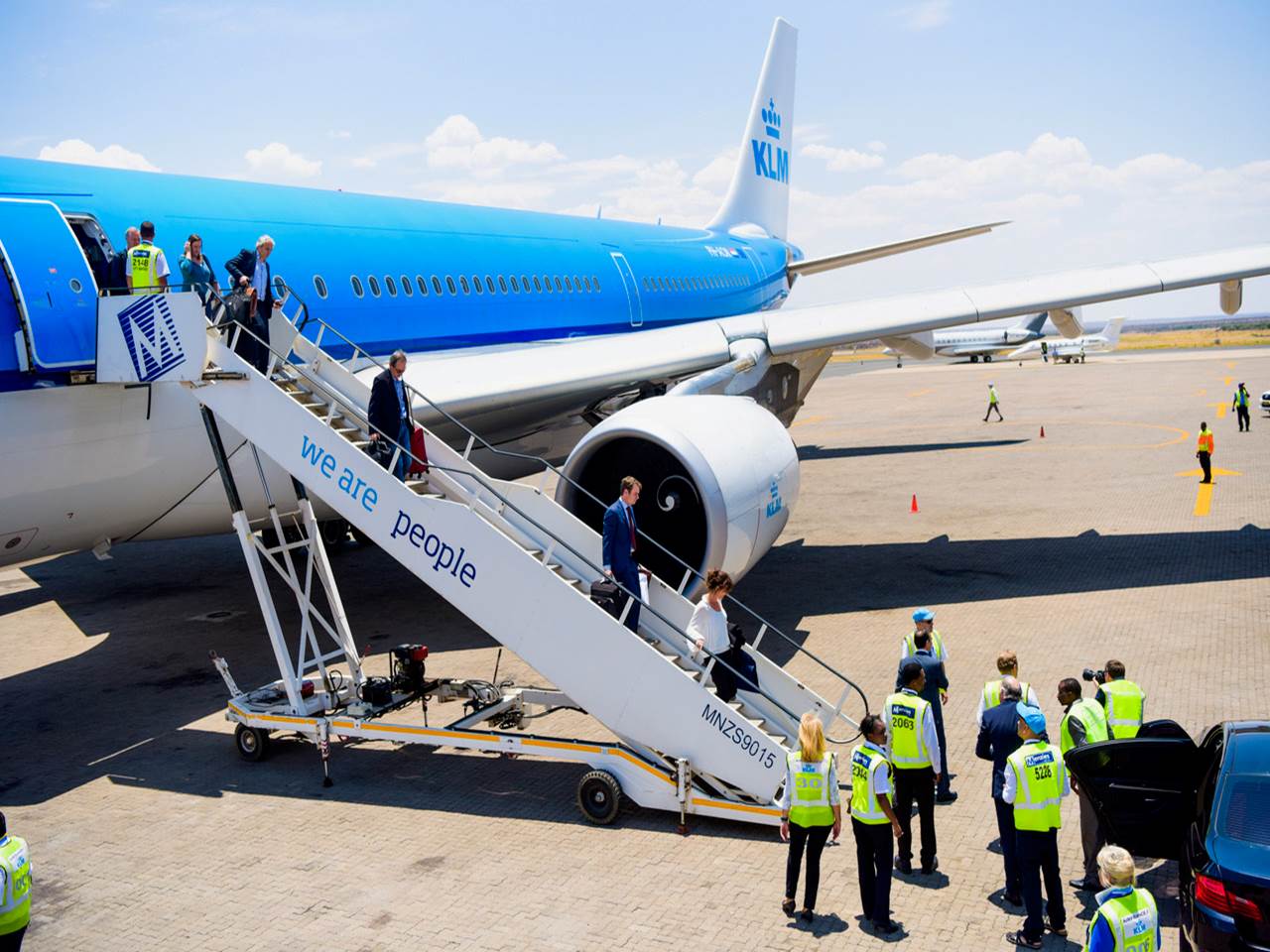 It was excitement and expectations at Hosea Kutako International Airport on Monday afternoon as the first –ever KLM Royal Dutch Airlines flight touched down at around 12h00 with a colourful and packed Airbus A330-200 aircraft carrying 243 people.

“The Flying Dutchman” aircraft had on board the Dutch Ambassador to South Africa, Marisa Gerards and the Senior Vice President Africa  Air France KLM, Frank Legre as well as invited tour operators from the Netherlands and other European countries.

Speaking at the reception held at the airport, Minister of Works and Transport, Alpheus !Naruseb said the flight arrival further cements ties between the two countries. “Namibia and the Netherlands have had cordial diplomatic relations since 1990 that were transformed over the years to focus on strengthening trade, economic and investments ties.


Air connectivity can only enhance our attractiveness as a global city and truly transform Namibia as an international business centre and logistic hub in pursuit of the Harambee Prosperity Plan and National Development Goals,” said !Naruseb in his speech read by Works and Transport Permanent Secretary Willem Goeieman.

!Naruseb added that Namibia remains committed to opening up the local skies.“ The government is committed to continue to engage its Bilateral Cooperation partners to promote and develop route development through the Bileratal Air Service Agreements (BASA)”.

NAC Board of Directors Chairperson Rodgers Kauta reiterated his company’s support to the new airline.“NAC would like to pledge our support to your company and at all times to ensure that your operations at Hosea Kutako Intentional Airport are smooth and rewarding. This route not only improves connections with mature destinations, but allows Namibia to tap into new markets that are also served by KLM and its partners”, Kauta said Legre said KLM will operate from Amsterdam via Luanda to Windhoek, three days a week- Monday, Wednesday and Saturday and were looking forward to the success of the route.

“We are very optimistic that we will make good business in Namibia. We opened the bookings in two weeks we had a full flight to Windhoek. We now stand at about 5000 bookings between November and March 2007 already which is good for this route,” he said.

KLM Royal Dutch Airlines is the third Arline in about six weeks to fly to Windhoek following the earlier arrival of Qatar  Airways on 28 September and  Ethiopian Airlines on 6 October, connecting Namibia to the rest of the world continues in style.