The Namibia Airports Company (NAC) Limited hosted a three-day Airport Emergency Planning (AEP) preparedness workshop, 18 to 20 April 2016 for more than sixty participants from stakeholders such as Aircraft operators/airlines, Ground handling agents, NAMPOL, Airport Security, Disaster Risk Management City of Windhoek, Emergency Services City of Windhoek, City Police/Traffic, NDF, MoHSS and other Private Hospitals, Ministry of Works & Transport, Ministry of International Relations (Protocol Office) and Customs & Excise. According to Norman Pule, “Although NAC is the airport operator, in an airport environment there are many non-airport key role players who significantly contribute to our success and experience. This means that the numerous activities that take place at an airport let alone AEP exercises/simulations are performed by various stakeholders all striving to work seamlessly to ensure a positive airport experience.”

He further stressed that it is an NAC obligation to honor the Namibia Civil Aviation regulations (NAMCARs) requirements contained in Part 139.02.6 (1) “Establishment of an Emergency Management System”, that these exercises/simulations should be conducted every two (2) years in order to test the refinement of the system. “As the airport operator (landlord) we are responsible and accountable for the management thereof including all eventualities that may occur to adhere to the regulations set out by the Namibia Civil Aviation.” 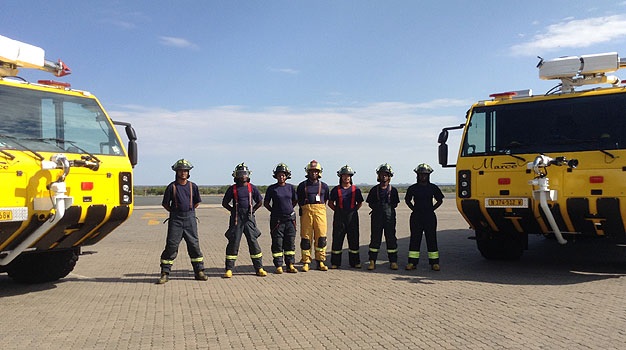 Pule advised further that numerous topics had been discussed such as the saving of human life which was the principal objective in any emergency versus the current status of Manpower and Logistical support at the airports. “Numerous decisions were also taken which include creating more awareness to the Industries including the National Disaster Risk Management and Regional Councils Representatives and other key stakeholders. NAC will take the initiative and spearhead future AEP endeavors.”

This theoretical workshop will be followed by a practical simulation scheduled to take place on Thursday, 28 April 2016 at Hosea Kutako International Airport.