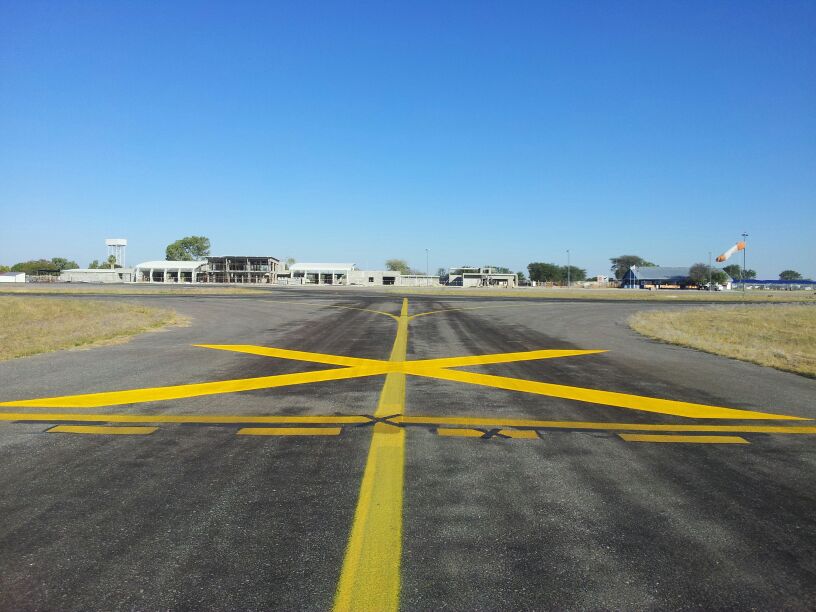 The Namibia Airports Company (NAC) proudly announces the opening of the runway at Ondangwa Airport with effect from Saturday, 30th January 2016.  Flight operations at Ondangwa Airport commenced with the landing of Namibian national carrier, Air Namibia’s flight SW 105 at 17h00 on the same day.

The runway, constructed at a cost of N$208 million, was temporarily closed for a period of six (6) weeks from 20 December 2015 to 29th January 2016 as a result of the commencement of Phase 1B of the runway rehabilitation process.

The runway rehabilitation project commenced on 16 March 2015 and expected completion was envisaged for July 2016. The Ondangwa Airport runway can now be upgraded from Category 3 C to Category 4 C and this in turn means that bigger aircrafts such as the Airbus A319 will be able to land there. The new runway has been widened to 45 meters and 2.987 kilometres in length.

The refurbished runway will greatly compliment the renewed fuel facilities and new Ondangwa Airport terminal, which officially opened its doors on 21 August 2015.

NAC Chief Executive Officer, Mr Tamer El-Kallawi, expressed his delight, saying: “We are extremely pleased with this latest development at Ondangwa Airport as we managed to complete the construction within the anticipated period.  As previously stated, this brings us a step closer to the attainment of our second strategic priority area of the NAC Strategic Plan which focusses on rehabilitation and upgrade of airport infrastructure. This in turn will lead to the achievement of the NAC’s long term objective of positioning Namibia as a key aviation connection hub.”