A Nation On A March-President Geingob as he opens Walvis Bay Int. Airport Terminal 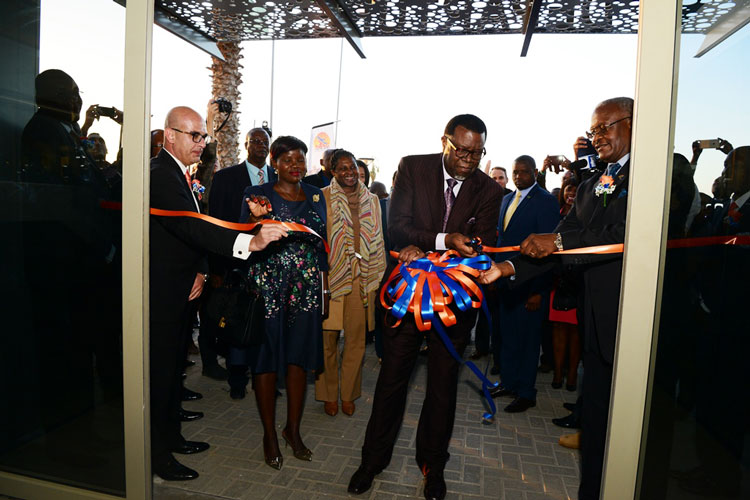 The President commended NAC for lying the foundation for more infrastructure development in the country and called on Namibians to cherish and protect national assets.

“Today marks a milestone in the development of aviation infrastructure in our country. The government’s commitment and prioritisation of transport infrastructure is evidenced in major investments in the expansion, upgrade and construction of aviation, rail, road and port infrastructure. This terminal building sets Walvis Bay Airport on course to become Namibia’s second international airport. The cargo handling capacity is highly beneficial for industries, particularly the fishing and mining industries “Geingob said.

He added that Namibia can now boast of having another facility which meets the international bench-marks of functional efficiency and operational safety for airports.

Quoting the Harambee Prosperity Plan, importance of infrastructure development Geingob said, “Modern and reliable infrastructure is critical for high and sustained economic growth.  Without it, almost everything in the economic value chain tends to be slower, less reliable and more expensive.”  This new facility is a shot in the arm for our economy as it will boost efficiency and speed in the movement of passengers and cargo”.

Geingob reiterated the importance of Walvis Bay as a town that positions itself as the gateway to the SADC region, it is only fitting that Walvis Bay is endowed with modern transport infrastructure.

The President warned that it is easy to destroy but it is very difficult to build and facilities such as this new terminal building have taken planning, time and money to build. This is our facility, a symbol of national development and growth. Let us exercise a zero tolerance for vandalism and ensure that this facility is always clean and presentable” President Geingob advised.

On his part, Works and Transport Minister Alpheus !Naruseb said the opening of the terminal building came at an opportune time as “We accelerate our efforts to ensure Namibia is positioned as a preferred logistics hub in SADC and beyond”. 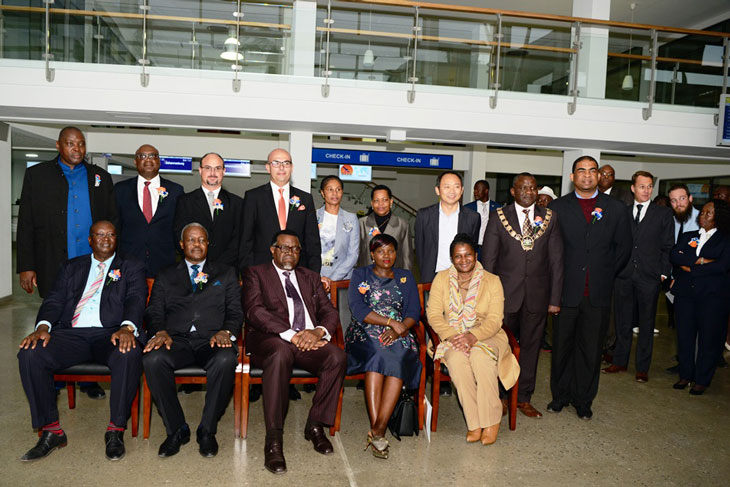