The NAC owns and manages eight (8) airports in Namibia

About this NAC Airport

The Walvis Bay Airport is a second major gateway that is developed and managed by NAC. The Airport is strategically located in the dunes of the Namib Desert about fifteen (15) kms from the harbor town of Walvis Bay.  The Airport will give you easy and timely access to the mesmerizing Namibian coastline which also hosts the historic town of Swakopmund as well as the famous dunes in the Namib Desert. Handling over 20 000 aircrafts and a massive 98 178 passengers in 2015, the airport operates daily flights to Windhoek, Johannesburg and Cape Town, while enjoying the spectacular scenes of the Namib Desert, the world’s oldest desert.

Walvis Bay Airport is primed to become a leader in cargo handling for marine, coastal and mining activities in the area. Major developments at the airport are setting up to become Namibia’s second international airport during 2016.

The NAC have contracted the following service providers for efficient supply of fuel to the airlines at Walvis Bay Airport: Jet A1 Fuel, AV Gas by Southern Energy Company (Pty) Ltd (SEC).

New fire station and
An ongoing upgrade of the terminal building 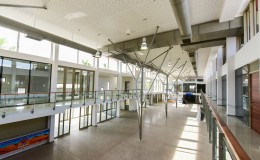 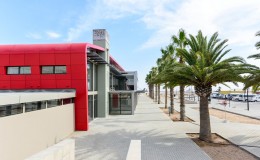 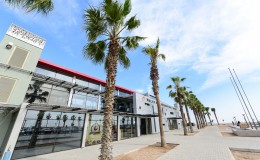 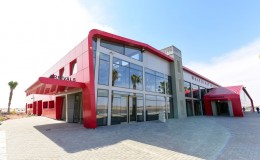 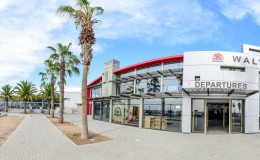